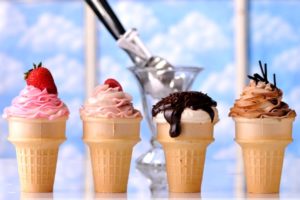 Everywhere you turn, someone is offering you a flu shot.

Rite Aid entices you with free ice cream in exchange for a flu shot.

I’ve gotten at least three emails from Kaiser reminding me to get my flu shot.

Go to the doctor for any reason and you’ll be offered the flu shot.

I just read an email from Whole Life Challenge. While I usually like what they have to say, I was very disappointed, actually in truth, a bit fired up, to read that they were promoting flu shots instead of promoting things like:

So why am I not a fan of flu shots? (And by the way, I do not consider myself an anti-vaxxer).

Many and maybe even most of us have been convinced that we humans do not have the ability to ward off infection and that a SHOT is needed to protect us. We actually do come equipped with an immune system that works pretty well to fight off most disease. We just need to support it by giving it a little TLC so it can do its job.

That support looks like: 7-8 hours of sleep, good clean food and water, vitamins D and C, zinc, a little less stress, and a little more joy. I don’t know about you but that sounds a whole lot better than being injected with a shot that includes four viruses, mercury, and other chemicals.

So what can you do for the best outcome if you feel that getting the flu shot is the right thing for you, or it’s required by work, or you need to have it because of a new grandbaby and it’s being required by baby’s parents?

If you’re curious to find out more about the Quarterly report issued by the DOJ click on this link. Notice the number of injuries listed caused by the flu vaccine. If you’re like the majority of people I know, you had no idea that this report or vaccine court existed.

I’m also guessing that many of you reading this are unaware of the act passed by congress in 1986 called the National Childhood Vaccine Injury Act (NCVIA) and VAARS and again, you’re not alone.

I invite you to click on the links to find out more. Knowledge empowers us to make decisions that are best for ourselves and our families.

I’d like to also to encourage all of us to support each other’s decisions regarding vaccines. I’ve found that talking about vaccines is more polarizing than politics or religion and there’s often zero tolerance on either side of the fence. It’s a heated topic as it’s mainly centered around our little ones. I’m hoping that will change.

I welcome your thoughts.

The answer to #2 is simple as well.

I am a fan of “First do no harm”. It makes since to me that injecting the body with potential allergens and poisons does not translate into health. Many are allergic to vaccine ingredients, and many are at risk for developing ASIA (Autoimmune Inflammatory Syndrome Induced by Adjuvants).

Yes, the flu shot can cause autoimmune disease. So my advice to you is simple. The best immune protection comes from your daily choices. Food, sleep, exercise, sunshine, and stress management. Do your part in these areas and your health will improve.

I invite you to view my presentation on vaccines here, so you understands the pros and cons, ins and outs.