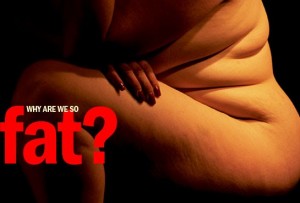 I wanted to share with you the staggering figures regarding the epidemic of overweight and obese Americans. According to an article that I recently saw in Life Extension’s magazine, July 2011 issue, 65% of Americans are now overweight or obese and this excess weight costs our nation an estimated $93 billion in annual medical bills. And there is a distortion or a great denial going on as demonstrated by a recent survey, where about 30% of overweight individuals think they are normal size and 70% of Americans classified as obese felt that there were simply overweight. So that means that we are getting used to the thought that carrying around a few extra pounds is “normal”.

Now you might ask, why am I making such a stink about this? Well, it’s not really for cosmetic reasons. All of those extra pounds cost billions of dollars as they translate into diseases such as cancer, diabetes, heart disease, strokes, depression and the quality of life of those who are overweight is compromised and most people don’t even realize how much. You see, when pounds are gradually put on, it’s kind of like the frog who slowly boils, the discomfort is gradual so that a person doesn’t even realize that they haven’t felt really good in 10 years or that their energy and zest for life has diminished so much that all they really do anymore is go to work and then sit on the couch and watch the TV once they are back home. They have very little juice left to do anything else. The sad part, is that we have been conditioned that this tiredness, along with the new aches and pains are all a natural progression of aging and that’s not true!!!
This is a bill of goods that the pharmaceutical companys along with our trusted doctors are selling us. And as I say, this, I don’t believe that doctors are purposely trying to deceive us, they just have accepted it too, as a natural progression.

We have a lot of very ‘old’ 40 and 50 year olds running around and we are accepting it as the norm. And what I mean by ‘old’ is that even though a person might be chronologically a certain age, the “metabolic” age may be 10 years or more higher depending on the overall health of the person which is directly tied to the amount of excess weight a person is carrying.

So what can you do to reduce your size and regain your health? Actually, the best thing you can do is to think about what your ancestors ate and how they moved daily. It’s really as simple as that when you break it all down. This simple idea may not seem that easy to incorporate into your lifestyle, so I would like to recommend a few ideas to get you started. Do this for 30 days and take note of any differences that you may feel.

We have to start reversing this trend that is robbing people of all ages of productive, joyful lives one day at a time.