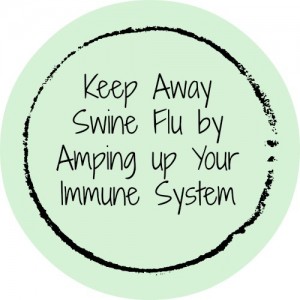 Is there an alternative other than a vaccination (which is a live virus, by the way) to protect you and your loved ones from the swine flu? Yes, there are two very effective alternatives. The first, is Vitamin D and the second is something called Beta Glucan.
Let’s start with Vitamin D first. Most Americans are Vitamin D deficient because we cover up and slather on sunscreen to protect our skin or we stay inside way too much. Did you ever stop to think why people are usually more sick in the winter time? There’s not as much sun exposure and the immune system becomes suppressed. Not only has Vitamin D deficiency been linked with a suppressed immune system, it has also been linked to prostate, colon and breast cancers and depression from seasonal disorders. While Vitamin D is best gotten from the sun, if you tend to cover up and or stay indoors during the winter months or have dark skin, supplementation is the best alternative. Studies have shown that supplementation with 2000 IU for children and 5000 IU for adults will usually keep Vtiamin D levels up during the winter time. The USDA recommendation of 400 IU was basically established years ago as a level that would prevent rickets but not optimize the immune system.

Beta Glucan: What is it? Beta glucan is found in oats, barley, yeast, bacteria, fungi. Each type of beta glucan has a unique molecular structure, which makes only some types effective in enhancing the immune system. A 2004 study has shown beta glucan, from yeast, to be effective at lessening the severity of the swine flu and lessening lung lesions as well. Beta glucan has been scientifically proven to enhance your own innate immune system to help better stave off all infections. Studies have also shown it to be effective in shrinking tumors and increase cancer survival by engaging the body’s own natural defenses. It also helps the body recover from radiation and chemotherapy by increasing the body’s ability to create new white blood cells.

Not all yeast beta glucans are equal. Please make sure that the supplement brand that you purchase purifies and separates the beta glucan from the other components of the yeast cells. Some companies simply repackage baker’s yeast without refining it to expose the beta glucan which then makes the beta glucan difficult to absorb and therefore much less effective.

The supplement line that I carry, Xymogen, has a wonderful product of Beta Glucan, called ImmunotiX 3-6. The price to my patients and friends is 15% off the list price. A bottle of 20 is $23.00 and for 60 $70.55. Children can also take this supplement. Just break open a capsule and put half into a shake.

I hope for a healthy “flu season” for all of you and your families.

The information here is not intended to diagnose, treat or prevent any disease.